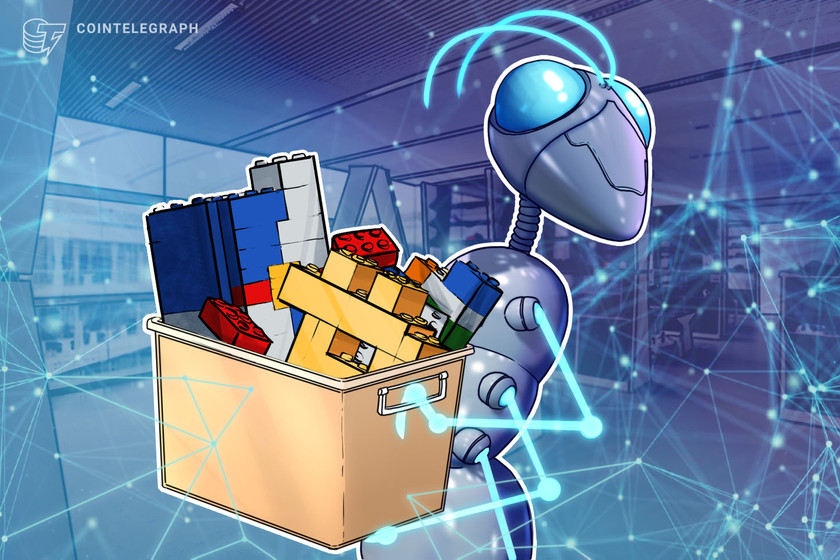 A mysterious, since-deleted tweet from the toymaker has piqued the interest of NFT collectors.

The LEGO Group, a toy manufacturer best known for its popular interlocking plastic bricks, hinted it may be getting into the latest craze in the crypto space.

On Wednesday, the official LEGO Twitter account posted (and then quickly deleted) a message referencing non-fungible tokens, or NFTs, along with a short video clip. The tweet, which read “zeros and ones but still a brick” along with the NFT hashtag could imply that the famous toy manufacturer is considering entering the crypto space once again.

The 14-second video, though not directly connected to NFTs, shows a 3D LEGO brick rotating in space with glitches popping up around the block. YouTuber Ashnflash, who posts LEGO-themed content, speculated that the tweet could be a teaser for a “digital LEGO currency.”

Though the tweet has since been deleted, it seems many LEGO enthusiasts are less likely to get into the NFT space based on their initial reactions to the company’s announcement. Some cited environmental concerns, claiming the company getting into NFTs was “bad for the planet” given the toy manufacturer’s mission statement it is “balanced by renewable energy.”

If @LEGO_Group has some sort of plans that involve NFTs (based on a deleted tweet) I’m probably going to bounce on the entire brand, as this’d completely invalidate the entire green initiative that 2021 is about and then some. Digital ownership is fine but NFT is not the solution

Amid the boom in NFTs, the technology has come under fire for its environmental impact due to the computational power required. However, as the industry develops alternatives for NFT minting that use a fraction of the necessary power, like Eth2, these concerns are likely carry less weight.

Though the official LEGO manufacturer may not be releasing any NFTs right away, crypto users can find artwork of similar plastic bricks in online marketplaces. For example, OpenSea’s digital marketplace currently features a toy block figure of Breaking Bad’s Heisenberg.

Cointelegraph reached out to The LEGO Group for comment, but did not receive a response at the time of publication.