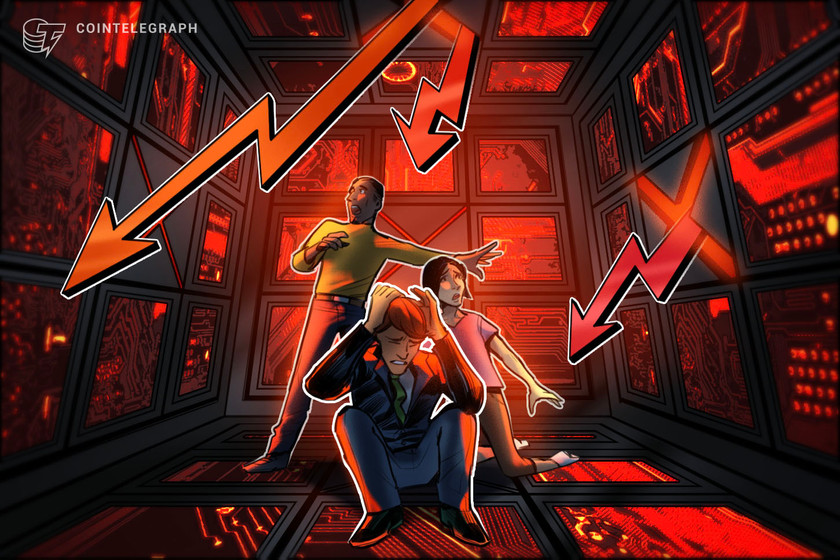 The crypto markets are against dropping, with Bitcoin crashing below $33,000 for the first time since May 23 as Ethereum similarly broke below support at $2,500.

The downward momentum comes as bearish indicators continue to stack up for Bitcoin, with popular analyst William Clemente III identifying that miners sold more than 5,000 BTC over the past week — worth roughly $164 million at current prices.

Miners have sold over 5,000 BTC in the last week pic.twitter.com/5pEvLgIls2

”This metric has *always* marked the end of a bull run and the start of a bear market,” he asserted.

#Bitcoin price has dropped below 200-SMA for 17 consecutive days and counting. This metic has *always* marked the end of a bull run and the start of a bear market. pic.twitter.com/6dpiFbUI7A

Although the markets appear to be posting a small intra-day bounce — with BTC currently hovering near $33,000 after dropping to $32,400 and ETH currently changing hands for $2,500 after bouncing off a local low of roughly $2,430 — both markets have crashed approximately 15% since posting respective local highs of $39,600 and $2,900 on June 3.

However, while both Ether and Bitcoin have been shedding value over recent weeks, capital flows for crypto investment products suggest that institutional investors are pivoting towards Ether.

According to a June 7 report from CoinShares, Bitcoin investment products saw record outflows of $141 billion this past week while Ether products reported inflows of $22 million.