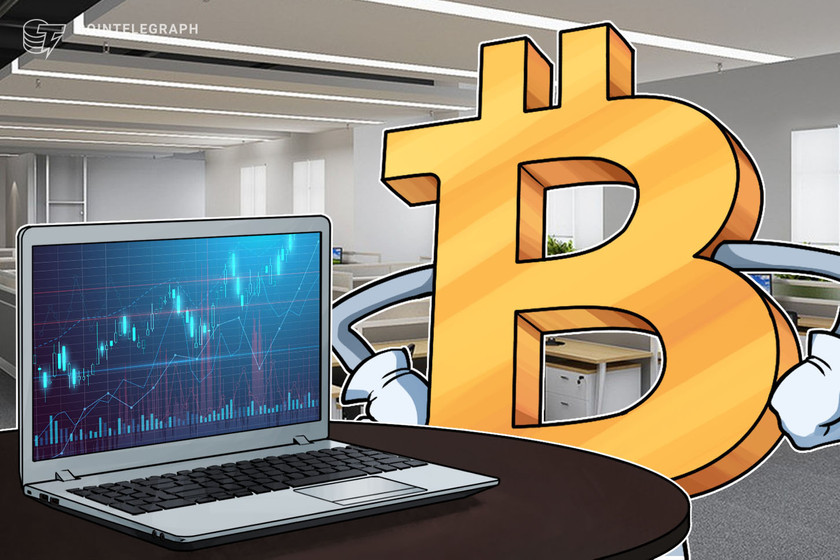 Despite Glassnode charts showing Bitcoiners are filling their bags, exchanges are seeing record inflows as investors trade their BTC for ETH.

Many retail Bitcoiners bought the dip amid this week’s crypto market bloodbath, with on-chain data showing the small guys have accumulated an additional 12,000 Bitcoin (BTC) in the last month.

Plebs stacked harder than ever during this dip. pic.twitter.com/kpXpI0xLS5

The weekly netflow suggests this shift from selling to buying occurred only in the last two days.

Chainalysis chief economist Philip Gradwell noted that whales with at least 1,000 BTC accumulated after 2017 had bought 34,000 BTC between Tuesda, suggesting many of these whales believed the bottom had hit or was near.

“Remember before you hit the panic sell button, there is always a buyer on the other side… ask yourself, what do they know that I might not…?”

Moskovski Capital chief investment officer Lex Moskovski also believes many investors are now buying, tweeting: “$5.28B of stablecoins were deposited to exchanges in 24h. This is absolute ATH. Even bigger than pre-Tesla announcement move. Lots of people bought the dip.”

Binance founder Changpeng Zhao similarly noted recently surging stablecoin inflows alongside BTC and various ERC-20 tokens in a podcast interview this week with Scott Melker, aka the Wolf Of All Streets. However, Zhao did not mention seeing Ether (ETH) inflows.

Arash Ghaemi, director of strategy at digital asset manager Two Prime, asserted that while Binance saw its biggest BTC inflow ever, ETH outflows were growing at a similar rate. He concluded that “people are rotating out of BTC into ETH which is why ETH/BTC held up during the pullback.”

On the largest day of #BTC inflows to Binance ever, $ETH posts its 2nd largest outflow day ever.

Explanation: people are rotating out of BTC into ETH which is why ETH/BTC held up during the pullback. pic.twitter.com/wqBAekAYZM