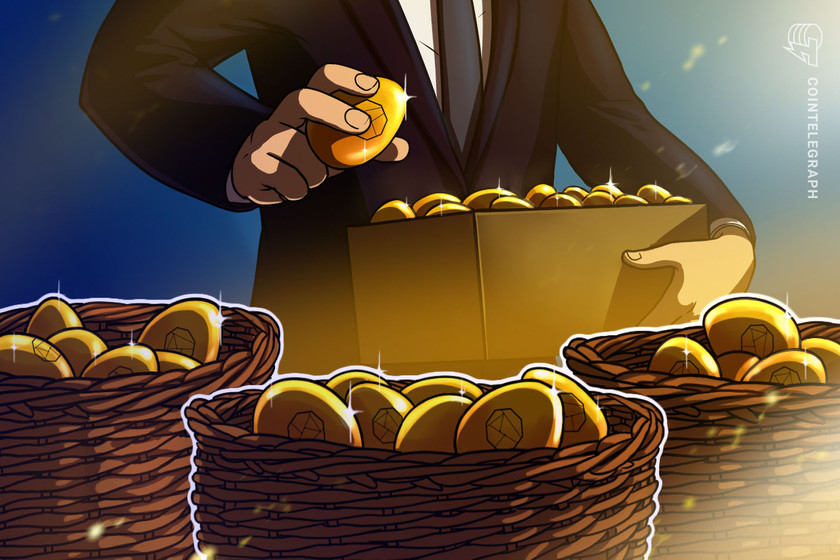 BNY Mellon, the oldest bank in the United States, continues to aggressively invest in the digital asset industry.

Cryptocurrency startup Fireblocks has raised $133 million in a Series C funding round.

The investment round was led by venture capital firms Coatue, Ribbit and Stripes, with strategic investment from BNY Mellon and Silicon Valley Bank.

Michael Shaulov, CEO of Fireblocks, said the cash injection will allow his company to expand the settlement infrastructure needed to onboard new customers as crypto adoption heats up:

“While we have no plans to become a bank, we believe our infrastructure will lend itself perfectly to power an entirely new era of financial services.”

Regarding his firm’s investment in Fireblocks, Micky Malka of Ribbit Capital said, “We are standing at the cusp of the biggest transformation that the world’s financial system has ever seen,” adding that Fireblocks is at the “forefront of this revolution.”

Series C funding is usually geared towards more developed projects that have already achieved a fair degree of success. These companies require additional capital to help scale their products and services into new markets or even to acquire other businesses.

Fireblocks was founded in 2018 by veterans of Israeli military intelligence including Michael Shaulov, who previously co-founded a mobile security startup, Lacoon Mobile Security. The firm specializes in digital asset custody and also works on accelerating the speed of digital transactions. According to the WSJ, the latest funding round brings Fireblocks’ valuation to over $900 million, with the firm raising a total of $179 million so far.

Fireblocks has been a magnet for VC firms looking to capitalize on the growing institutional demand for Bitcoin (BTC) and other cryptocurrencies. Before its Series C fundraiser, Fireblocks had already raised a cumulative $179 million from investors like Galaxy Digital, Swisscom Ventures, Paradigm, Tenaya Capital and Cyberstarts.

Through Fireblocks, banks and fintech companies can connect to the cryptocurrency market by offering custody, tokenization, asset management, trading, lending and payment solutions. Since its inception three years ago, the company claims to have secured $400 billion in digital assets on behalf of its customers. Its institutional clients include Nexo, Celsius, BlockFi, Salt and Coinsquare.

BNY Mellon is not the only banking institution that has been preparing to launch its own crypto custody solution. Deutsche Bank is also planning to move into the crypto custody business, alongside trading and token issuance services.

Bryan Routledge, associate professor of finance at Carnegie Mellon University, claimed that crypto custody is not that different from traditional services already offered by legacy banks. Storing a public and private key pair is important, “but it’s not that difficult,” or should not be for most banks, he said.