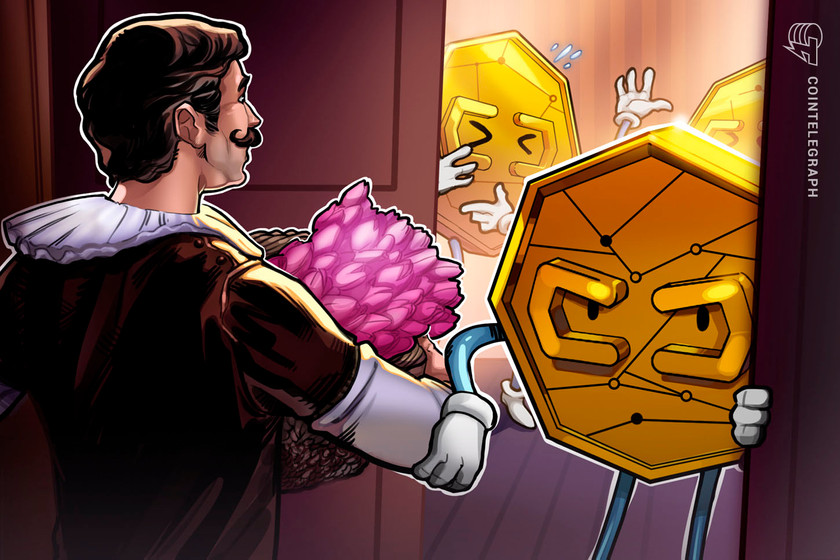 More FUD from the man that said Bitcoin would be worth $600K one day.

In complete 180 on his stance just a few months ago, the global Chief Investment Officer of investment giant Guggenheim has reacted to the crypto market crash by referring to it as ‘Tulipmania’.

It seems like Elon Musk is not the only wealthy person to make a u-turn on their position towards Bitcoin and crypto assets. As late as February, Guggenheim’s CIO Scott Minerd was calling for a long term Bitcoin price of $600,000 based on Guggenheim’s “fundamental research”.

But with markets plunging Minerd alluded to a bubble with his comments earlier today that claimed that “supply has swamped demand”.

Tulipmania is a phrase derived from a period during the Dutch Golden Age when prices for some bulbs of the fashionable tulip reached extraordinarily high levels, and then dramatically collapsed.

“Scott is dead wrong, bordering on financial malpractice. The supply of cryptocurrencies (#Bitcoin) and crypto assets ($ETH, $COMP, etc) does not increase as a function of price. That’s like saying the supply of stocks increases, as demand does.”

Other industry experts also chimed in with crypto YouTuber Lark Davis replying with “wasn’t your company going to invest hundreds of millions into Bitcoin? This comment shows you guys must have done almost no research on the topic, shocking.”

Others speculated that the investment company was trying to push prices down so that they could buy more.

It is not the first time Minerd has flip-flopped with his stance on crypto assets. In January he said that BTC would dump to $20,000 adding that it would go no higher than its price at the time which had just topped $40,000.

The FUD followed Guggenheim’s proposed SEC filing to buy $500 million in BTC with critics arguing it may have been an effort to keep markets low to facilitate cheaper purchases. These bearish statements also came after a declaration in December in which he stated that the asset should be one day worth $400,000.

In April, Minerd was back with his predictions of doom and gloom calling for a return to $20,000 after Bitcoin had already blasted past $50,000. In the weeks that followed the asset went on to reach an all-time high of $65,000 before the inevitable correction began.