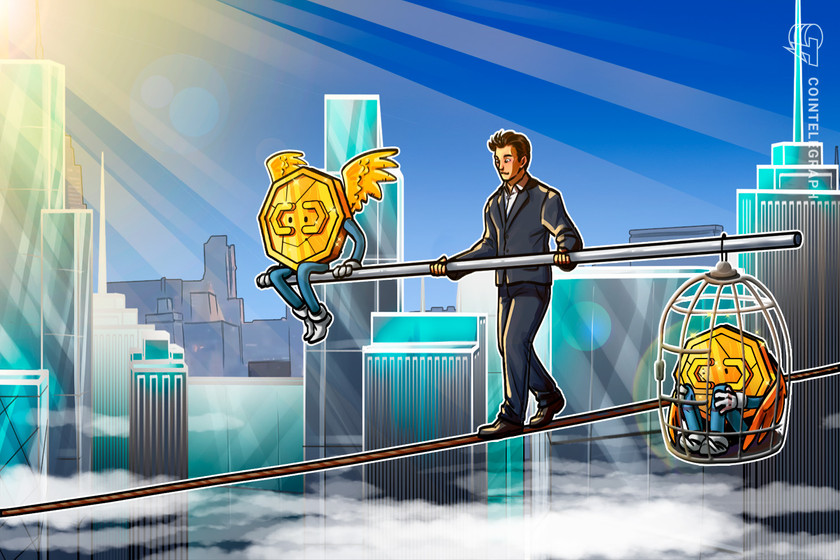 Bitcoin (BTC) wobbled around $40,000 as investors waited for the United States Federal Reserve to release its new set of economic projections on Wednesday.

The market’s focus shifted to two important questions: Will United States central bank officials signal their intentions to raise interest rates in 2023 instead of 2024? And how much do they think inflation will rise in the remainder of 2021 and in the next year?

In March, the last Fed projection saw 11 Federal Open Market Committee (FOMC) officials agreeing to keep interest rates near zero at least until 2023. That suggested a tightening in the Fed’s monetary policy in 2024. It would also imply that the Fed might trim its $120 billion asset purchasing program earlier than anticipated.

The prospects of “taper tantrums” in the medium term have also increased due to the latest consumer price index (CPI) readings, the Fed’s preferred gauge to measure inflation. The April CPI data showed that inflation rose to 4.2%. Meanwhile, in May, it rose to 5% for the first time since 1992.

Nevertheless, the Fed defended the dramatic inflationary spikes by saying that they are “transitory” in nature. The central bank has committed to waiting until it sees inflation rates holding themselves up near higher levels before announcing rate cuts. The projections on Wednesday will indicate how long officials will wait for the next tapering.

“As always, the Fed’s post-meeting statement is going to [be] parsed carefully by analysts,” he told Cointelegraph.

“However, it is likely that even according to the most conservative reading, that the Fed will tip its hat to low unemployment and growth, and indicate a move toward tapering bond-buying and raising rates.”

The rate hike projections give Bitcoin at least two years to continue its anti-inflation bull run.

The benchmark cryptocurrency emerged as a star performer after the March 2020 global market crash, led by fears that the Fed’s quantitative easing policies, coupled with the U.S. government’s trillions of dollars worth of stimulus aid, would sap investors’ appetite for government bonds and the U.S. dollar.

The U.S. dollar index, which measures the greenback’s strength against a basket of top foreign currencies, crashed 9.48% in the same period. The bond market and the U.S. dollar have recovered lately on strong economic projections in the U.S. post reopening.

Meanwhile, Bitcoin has dipped by more than 25%, partly because of Elon Musk’s anti-Bitcoin tweets and because of regulatory fear, uncertainty and doubt, or “FUD.”

This is also because other traditional safe-havens, such as government bonds, offer historically lower yields. At the same time, Bitcoin promises a higher rate of growth.

“Following the publication of the Fed Dot Plot today, I see a temporal reaction in the crypto market with an upsurge in the price of Bitcoin. Based on this fundamental, retesting the $45,000 level looks more likely, in the coming days.”

Tawil also presented a bullish outlook for Bitcoin, noting that investors would keep looking at the cryptocurrency as their “flight to safety” against higher inflation.

“If the legislative critics and the celebrity personalities can keep their mouths shut regarding Bitcoin (which they probably can’t), Bitcoin could make a run for $75K by year-end,” he said.

For instance, the BTC/USD exchange rate recently encountered higher selling pressure in the $40,000–$42,000 range. As a result, traders apprehensively treat the area as their cue to secure short-term profits, thereby risking declines toward the next points of support around $35,000, $32,000 and $30,000.

Related: Here’s how Bitcoin’s impending death cross could be a contrarian buy signal

The trader added that a death cross remains a scenario, not a prediction, hinting that the price of Bitcoin might recover higher despite the bearish indicator’s potential appearance in the coming days.