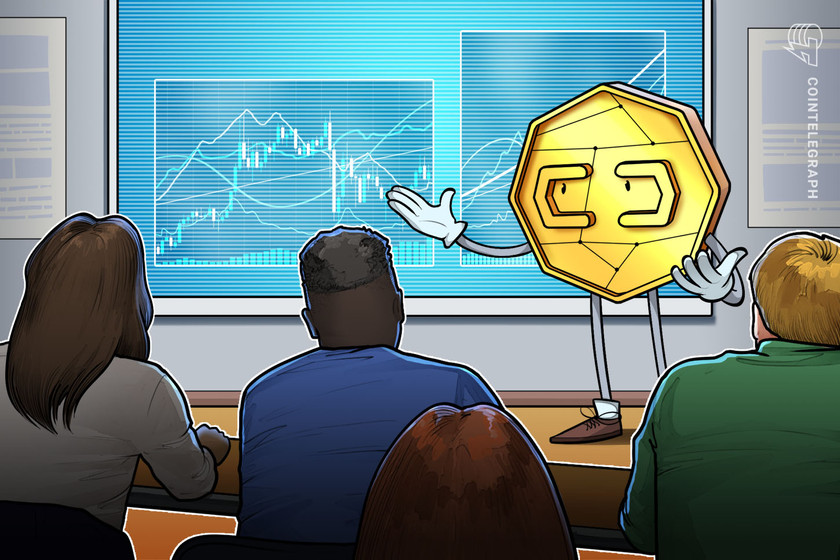 Mirror Protocol (MIR) emerged as one of the best performing tokens in the cryptocurrency market on May 17, even as its top trading rivals Bitcoin (BTC) and Ether (ETH) struggled to find direction after a depressive previous daily session.

The MIR/USD exchange rate surged by up to 26.71% to reclaim its two-week high of $4.974. The pair’s move uphill came as a part of a broader upside correction that started on Wednesday after the Federal Reserve revealed its intention to hike benchmark interest rates by the end of 2023.

Bids for MIR/USD were as low as $3.971 ahead of the Fed announcement. The pair trended near the weekly low even hours after the US central bank’s hawkish signal. Meanwhile, Bitcoin (BTC), Ether (ETH), XRP, and other high-cap tokens fell against the U.S. dollar.

MIR started rallying in the late U.S. session on Wednesday, shortly after Gemini announced support for a new set of decentralized finance (DeFi) projects, including Mirror Protocol. As of 1102 New York time Thursday, MIR was up 31.82% from its previous session’s low of $3.971.

The dramatic jump in MIR prices accompanied higher volumes, indicating the vitality of the token’s uptrend in the short term. Meanwhile, MIR also spiked wildly against Bitcoin —more than 27% on a 24-hour adjusted timeframe — hinting that traders decided to park their BTC proceeds in the Mirror Protocol market as the flagship cryptocurrency reacted negatively to the Fed’s rate hike plans.

Traders also picked their bullish cues for MIR from the Mirror Protocol testnet launch on Tuesday.

THIS IS NOT ALPHA

The 30% increase in a few hours is probably nothing pic.twitter.com/QhCYMbd3sl

In detail, Mirror Protocol is a Terra-blockchain-based protocol to create synthetic assets called Mirrored Assets (or mAssets). These fungible tokens mimic the price behavior of traditional and digital financial assets. Therefore, traders can use Mirror to gain exposure in conventional markets without holding the actual stocks, commodities, and whatnot.

Messari, in its February analysis, compared the vision of Mirror Protocol to that of Robinhood, a popular retail stock brokerage app that intends to democratize finance for people across the globe. But Mirror Protocol, with its advantage of being a DeFi project, can eliminate several inefficiencies related to centralized services like Robinhood.

“By tokenizing assets on a blockchain, the information for all historical transactions of an asset become public and immutable, removing the need for trust between parties located in the same physical area,” Messari researcher Ty Young wrote.

The early enthusiasm helped Mirror Protocol become one of the trendiest DeFi projects after its launch in December 2020. In May 2021, the project had accumulated more than $2 billion in total value locked. It currently holds about $1.79 billion.

V2, first introduced in April 2021 for a governance vote, expects to bring a new set of features to Mirror’s emerging protocol. They include governance participation incentives, new MIR-enabled collateral options, and the whitelisting of pre-IPO assets.

The next level of resistance for MIR lurks near its May 24-June 6 price ceiling of $5.2.