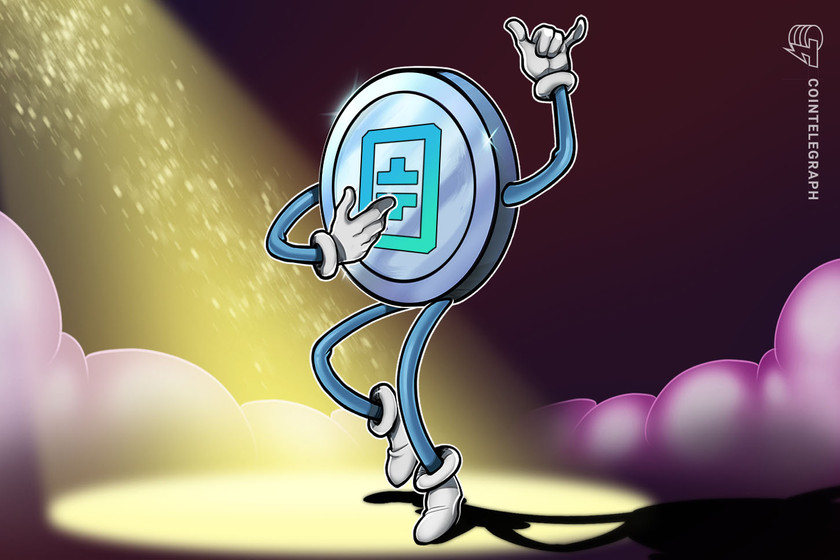 THETA, the native token of the Theta Network — a decentralized blockchain-based video delivery network — has entered the top 10 cryptocurrencies by market capitalization.

On March 23, THETA overtook Chainlink (LINK) as the 10th biggest cryptocurrency by market capitalization at nearly $11.5 billion, according to data from CoinGecko. At publishing time, LINK’s market cap amounts to $11.2 billion.

THETA has seen propelled growth recently, gaining 70% over the past seven days and hitting new historical highs. The token is trading at $11.80, up 17% over the past 24 hours at publishing time, according to data from CoinGecko. The coin has seen consistent growth in 2021, even outperforming Bitcoin’s (BTC) late-2020 rally.

The new all-time highs for THETA come shortly after Theta Labs secured its second patent on designs for decentralized blockchain-based video and data delivery from the United States Patent and Trademark Office on March 16. Earlier in March, Theta Labs released an open-source code for the Theta version 2.2.0 on Theta GitHub.

As previously reported by Cointelegraph, the Theta Network has been actively growing its validator program, attracting collaboration with Global 500 firms like Google, Samsung and Sony, as well as major industry firms like Binance, Blockchain.com and Gumi. Theta Labs was founded in 2017 as a subsidiary of virtual reality live-streaming company Sliver.tv.