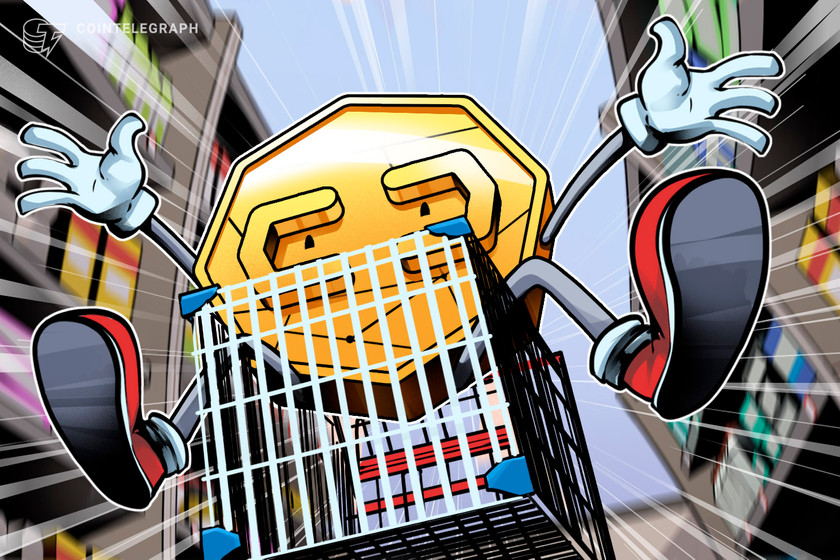 As the Coinbase effect sends Enjin and other crypto tokens skyward, Markets Pro subscribers benefit from headlines delivered directly to their mobile devices.

The so-called “Coinbase effect” has been analyzed multiple times by data firms like The TIE and Messari, and the verdict remains clear: Crypto traders who pounce on new Coinbase listings within seconds of their announcement often see substantial gains.

Which is why this week’s VORTECS™ Report focuses primarily on a couple of big wins for subscribers to Cointelegraph Markets Pro through the NewsQuake™ service, which delivers market-moving news directly to a dedicated Discord channel and via in-browser alerts at breakneck speed.

NewsQuakes™ are sourced from a real-time aggregation engine, collated from over a thousand primary sources every minute and analyzed by an AI algorithm to determine the historical significance of the news. NewsQuakes™ are trained on staking announcements, exchange listings and key partnerships, and because they are delivered without human intervention, they can often be the fastest way for market participants to learn about major events in the cryptocurrency space.

As illustrated in the chart, the price of Enjin Coin (ENJ), one of the tokens listed by Coinbase this week, had been gradually dipping after a major rally in March. As soon as the Coinbase news broke, however, the price of ENJ soared from a low of around $2.13 to over $3.90 — with the first few minutes of trading accounting for a substantial portion of that appreciation.

The NewsQuake™ was delivered to Markets Pro subscribers within a minute of Coinbase’s tweet (yellow circle). And while it’s possible that a Twitter user who was actually staring at Coinbase’s feed at the time of the announcement would see the information more rapidly, there are few dedicated enough to do so 24 hours per day.

On other occasions, NewsQuakes™ are actually delivered before Twitter users get wind of an announcement. For instance, OKEx’s own blog post on the listing of Konomi Network’s KONO token appeared at 7:06 am UTC on April 7. The announcement was posted to the Cointelegraph Markets Pro Discord channel in the same minute, but didn’t appear on Twitter until 7:36 am UTC.

The score comprises a number of factors:

Volume: A measure of how much of an asset is traded across supported exchanges.

Outlook: A measure of whether the current market conditions are favorable or not, compared with historically similar conditions.

RealPrice: A composite price derived from an average of prices across relevant exchanges.

Tweet Volume: A measure of the absolute and relative number of tweets about an asset over the past 24 hours.

Elevation: A measure of how far up or down an asset’s price moved following historically similar market conditions to those observed currently.

Confidence: The degree to which current conditions are similar to historic conditions, with higher confidence also including the consistency of asset price moves following those conditions.

Sentiment: The positivity or negativity of the chatter on Twitter surrounding the crypto asset, derived from a complex proprietary algorithm developed by The TIE.

This week’s VORTECS™ results somewhat underperformed the score’s historical averages, lending credence to the theory that even when optimized for a 24-hour timeframe following the identification of such marketscapes, long-term results are more representative of the score’s analysis than one-week windows.

Of the 42 strategies currently analyzed by the Markets Pro team, the top-performing strategy since inception on Jan. 5 remains a time-based one, wherein the algorithm notes the price of any crypto asset that crosses a particular VORTECS™ Score and checks it again after a given period of time.

Markets Pro also analyzes a variety of score-based strategies (Buy at 85 / Exit at 75 and so on), which have also consistently outperformed the market. A full description of the testing methodology is available.

Cointelegraph Markets Pro is available exclusively to subscribers on a monthly basis at $99 per month, or annually with two free months included. It carries a 14-day money-back policy, to ensure that it fits the crypto trading and investing research needs of subscribers, and members can cancel anytime.

Cointelegraph is a publisher of financial information, not an investment adviser. We do not provide personalized or individualized investment advice. Cryptocurrencies are volatile investments and carry significant risk including the risk of permanent and total loss. Past performance is not indicative of future results. Figures and charts are correct at the time of writing or as otherwise specified. Live-tested strategies are not recommendations. Consult your financial advisor before making financial decisions. Full terms and conditions.