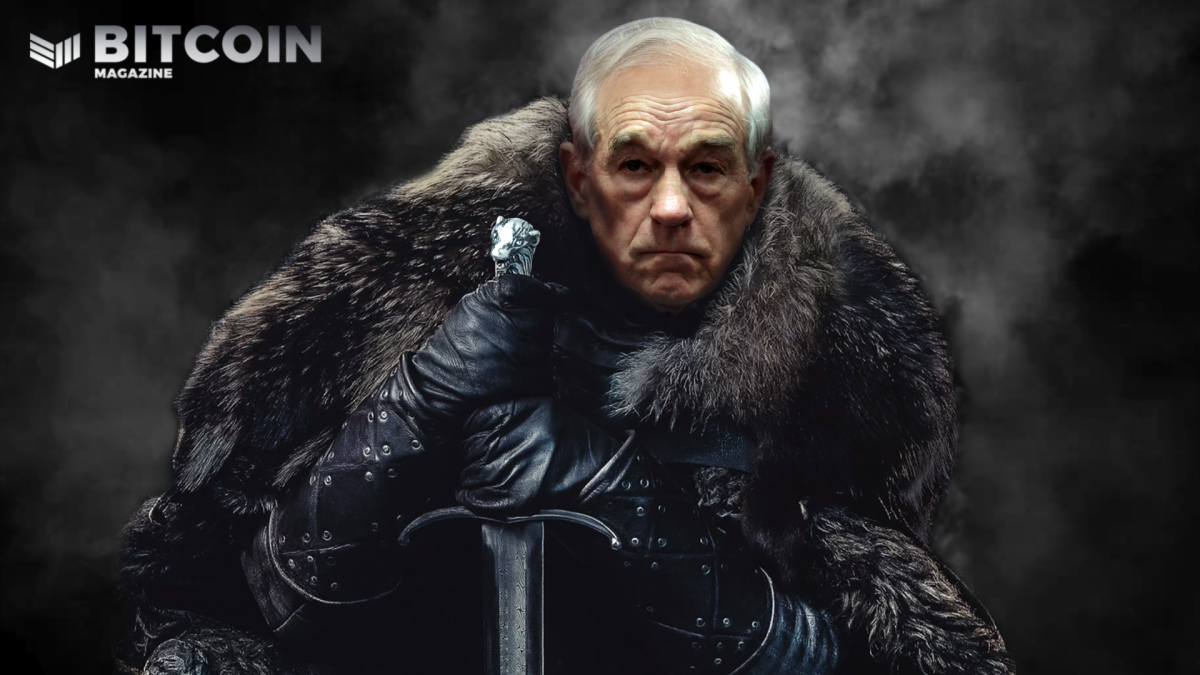 One of the most exciting moments for me personally at Bitcoin 2021 was getting the chance to interview Dr. Ron Paul. A true pioneer in libertarianism, Dr. Paul is an advocate for so many of the underlying principles present in Bitcoin. It was truly an honor and privilege to get a quick word from him on his thoughts about Bitcoin. Be sure to watch his Bitcoin 2021 speech on YouTube after reading our interview below.

Casey Carrillo: First of all, thank you so much for joining us here, Dr. Ron Paul. We really appreciate you coming. So many of us see you as a hero of ours, so thank you again.

To start off, how were you first introduced to Bitcoin?

Dr. Ron Paul: It was probably indirectly by just reading about it. When it first started, I didn’t hear much about it because I wasn’t into that. Probably just the business stations, magazines, and the freedom movement, they started thinking about it. I think I associate it more with libertarianism, and I don’t think anyone resents me associating Bitcoin with libertarianism, and I made that big point that the answers will come from dealing with the issue of liberty. Liberty is the answer, then all the quirks that have to be worked out, with government and everything else, are much easier when we live in a free society where people are allowed to do what they want.

Carrillo: Absolutely, I think there is a connection between liberty and Bitcoin that can’t be severed. Going off of that, what do you think the impact of permissionless sound money will be on the world in the long term?

Paul: I don’t really know; I know there are a lot of opinions, but I think only time will tell. There are some unpredictables. One would be the government; one would be “what’s the world like?” I think things are going to get worse socially, but how do we react? And if it works that Bitcoin can operate in a parallel manner under the right circumstances, that could be very beneficial. If there was a society that had more respect for liberty, it makes it a lot easier. Then you don’t have to dodge people that are trying to close you down because they don’t want competition. And libertarians should be quite willing to have competition.

Carrillo: How do you think the U.S. could foster better innovation towards Bitcoin, specifically U.S. policymakers?

Paul: While there are others who would know more about that, my idea is very simple; the least amount of government is the best. Just get them out of the way. There will always be risk in things that we do. In new things there will be risk, but the person that’s doing it that benefit, they should also have the same risk That’s why you don’t wanna say, “Let’s have a government commission to set up some rules on how we’re going to allow Bitcoin to expand themselves and where they go.” I don’t like that. I want people who know about the issue to not have any interference from the government.

Carrillo: What makes you most hopeful about what you’re seeing in the Bitcoin community going forward?

Paul: I think the whole idea. I noticed it a lot at this meeting [Bitcoin 2021]. Sometimes if I go to a meeting, I might not throw the word libertarian around and liberty because you know they might be more conservative, or independent, or democrats, but I’m always trying to introduce it. Here, what I found is that in this audience [Bitcoiners] I don’t think I offended anybody by putting the two terms together; Bitcoin as a libertarian idea. Because I think that’s where I heard about it first when libertarians got into computers before. I think the association is very clear that it is perfectly okay. And I think I even ribbed the mayor [Francis Suarez] about it, and he took it very well.

And I don’t know if I spent enough time on it, is that when people do things, you don’t endorse what they’re doing. Like I did with the marijuana. I want it to be legal, but I don’t do it, or I don’t care about that. It’s because people have the right to do it, and they also have the right to deal with the consequences.

Carrillo: I absolutely agree, I really appreciate you taking the time to do this interview with me Dr. Paul, and I appreciate you being here at Bitcoin 2021 with us. Thanks again.